So What Really is Evolution?

I recently had a conversation with a creationist.  A God fearing, upright citizen and a good conversationalist but not very scientific.  I say not very scientific not because of any of the standard lines like “because the Bible says so” or “God didn’t need help” or “scientists just say those things for the money.”  That last one being fairly new to me.  I’m not a scientist, but becoming a rich and famous scientist seems like it has about the same odds as becoming a rich and famous movie star or football player or really any of the other occupations that people try all their lives to mimic.  The difference is, I suspect, that scientists know the odds going in. 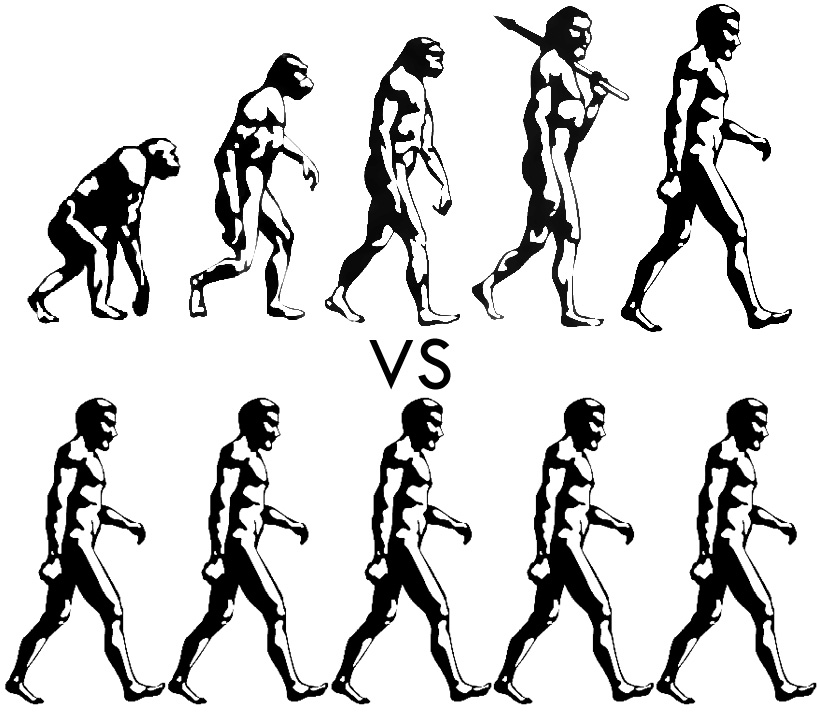 Do creationists really believe that God isn’t powerful enough to create a growing, self sustaining system?

What really struck me as interesting, and a bit baffling, is the reasoning.  Many creationists feel that to accept evolution is “anti-God” and dismiss any theory or postulation not founded 100% on biblical teachings.  Amir Aczel’s “Why Science Does Not Disprove God” (Available at Amazon.com) rather eloquently explains several ideas on why, well, science does not disprove God.

Before I explain their enigmatic reasoning let me just explain that nothing in science or religion has, or can, prove either the existence or non-existence of God.  This does not mean that there is or isn’t, it is simply not within the current realm of either discipline to offer proof.  Maybe that day will come, maybe not.  Each person can have their own belief with the understanding that neither can prove to the other their point of view.

My favorite way of looking at evolution not being proof for the non-existence of God is: Would it not be more elegant, and almighty, to create a system that grows and expands on its own than to make a static system?  Who is to say that the entire system wasn’t designed by God to be self propagating?  If one can see each sparrow fall, who would doubt thet could design a system like the Earth.  Making the assumption that God made our world like it is really brings into question His power.

But to share with you the comment that brought all of this to mind, “I don’t believe in evolution, it’s just natural selection.”

We had a lengthy discussion in which they explained, with the fervor which comes from passionate belief, that animals have changed throughout history due to environmental adaptation and not evolution.  Any effort on my part to explain that evolution is based on natural selection feel on not only deaf ears but hands over ears shouting “la la la.”

It makes one wonder just how malleable people can be with a different marketing spin.